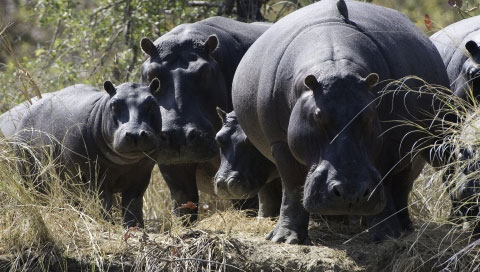 Eight people have drowned in Chuungu Lagoon in Lochinvar Game park after a vicious hippo hit the two paddling boats in which they were.

Confirming the death of the eight people Lochinvar park ranger, James David Phiri, told Monze DC, Biggie Mwiinde, that two paddling boats carrying four and 12 people respectively were hit by a vicious hippo suspected to have been nursing its young ones in the area around 05:00hrs on Monday.

Mr Phiri explained that the vicious hippo hit the two boats on the same day and eight people drowned while six were rescued by marine travellers.

The ranger said among the deceased were three adult females of which one was pregnant and five children aged between two to three years.

He further said by yesterday only two bodies of juveniles were retrieved and six bodies were still missing while the searching continued.

Meanwhile Monze District Commissioner, Biggie Mwiinde, has described the situation as a disaster to the district and a nation as a whole.

Mr Mwiinde and Chieftainess Choongo have appealed to ZAWA to crop the beast in order to save human life.