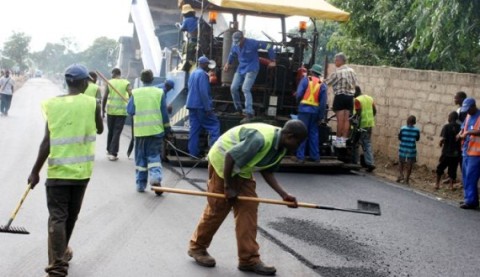 OVER 350 people have been employed by China Jiangxi International Corporation (CJIC) which is currently upgrading a 139-kilometre stretch of the Chipata-Vubwi and Vubwi -Chadiza roads to bituminous standard.
The company is expected to employ an additional 100 people in the advanced stage of the construction project which will cost K 529, 047, 638.88.
CJIC Project Manager Lin Ning said in Chipata yesterday that the company had given priority to people of Chipata, Vubwi and Chadiza districts when employing.
Mr Lin said the company was targeting to employ a further 100 people to meet the required number of workers during the period of the project.
“Up to now we have employed 350 locals and this number is not inclusive of the 45 foreign experts. Soon we shall employ 100 so that the number can reach about 450 workers,” he said.
Mr Lin said the company believed in creating the jobs for the local people who live around the area where it was undertaking projects.
He said President Michael Sata personally visited the Chipata-Vubwi Road construction site which he described as a morale booster to his company and that it showed how important the project was.
Mr Lin explained that the construction of the roads by his company would ease transportation of goods and movement of people.
He said his company was determined to build a perfect stretch of the road network in the three districts which would have a longer lifespan.
“We don’t want when we leave, people should start complaining that the road is not durable. We want to be part of the legacy of a good road network in Eastern province,” he said.
Mr Lin said the company had since set up a camp site in Vubwi, a rural place where they were interacting with the local people.