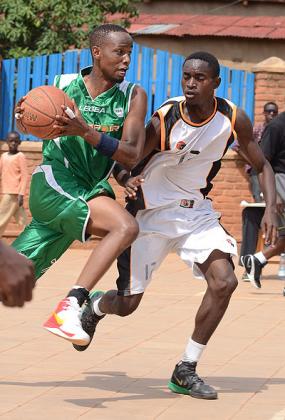 THE International Basketball Federation (FIBA) Africa Zone has appointed two Zambia referees to officiate at the 2014 Africa Youth Championships to be held in Botswana.
FIBA has picked Mweshi Munatamba and Suwilanji Siwila to be among the eight referees at the Youth Games slated for May 22 to 31 in Gaborone.
South Africa has four referees who include Charles Foster, who is also referee supervisor, Zophila Mthembu, Buyisma Tshemese and Natascha Wiese with Annie Muchenu coming from Zimbabwe and Marques Abdala from Mozambique.
Zambia Basketball Association (ZBA) acting secretary Mwembe Kaona, in a statement released in Lusaka yesterday, expressed happiness with the move taken by FIBA to appoint the two referees.
Kaona said the appointments were communicated to the ZBA by FIBA Africa through technical official Jullien Farran.
“We would like to congratulate the two referees on their appointment and we are happy that they have been picked out of many in Africa. The association is working on assembling a team to compete at the games in Botswana,” Kaona said.
The African Youth Games would be used as qualifiers for the Nanjing 2014 Youth Olympic Games set for China from August 16 to 28.