Home GENERAL NEWS Failure to abide by terms and conditions of drafting constitution is scandal... 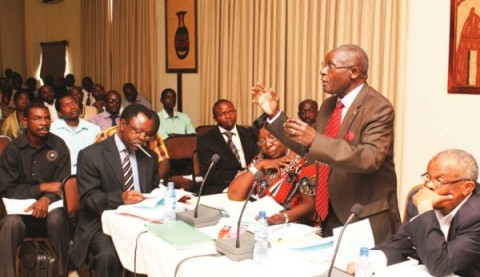 The Evangelical Fellowship of Zambia (EFZ) says the failure by the Technical Committee Crafting the Constitution to abide by its terms of reference is a scandal.

Speaking to Q fm in an interview, EFZ Executive Director Pukuta Mwanza says it is heartbreaking to note that the huge sums of money invested in the constitution making process has not brought out favorable results.

Rev. Mwanza notes the money spent on the constitution making process would have been channeled to various developmental aspects such as health, education, infrastructure among others instead of wasting it on something that has yielded no fruits.

He adds that it sad that Zambians have to end the year on a bad note when they should have been entering the New Year rejoicing over a people driven constitution.

Rev Mwanza says it is not right to push people against the wall and always taking them for granted as government has done by failing to keep its promise on the constitution.

He states that there will come a time when the people of Zambia will act and show that they are not happy with how things have turned out to be.