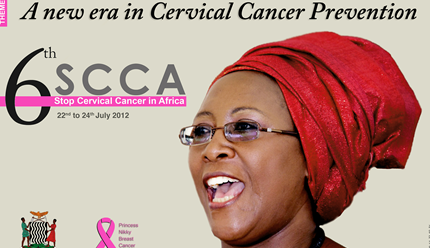 First Lady of Zambia Christine Kaseba has expressed concern that the country’s Millennium Development Goals (MDGs) on health may not be reached by their 2015 target.

She explained that little had been done to act on the goals and most people in the sub-Saharan region were still living in poverty.

To meet MDGs four and five, the  country needs to reduce under-five mortality by two-thirds, while maternal mortality needs to be reduced by three-quarters.

“The truth is that we are unlikely to achieve many of these targets despite the many gains that have been made,” said Ms Kaseba.

The First Lady explained that although funding for more healthcare infrastructure and the upgrading of existing facilities was starting to materialise, the implementation was under threat by the lack of capacity to handle the sudden increase in fertility levels.