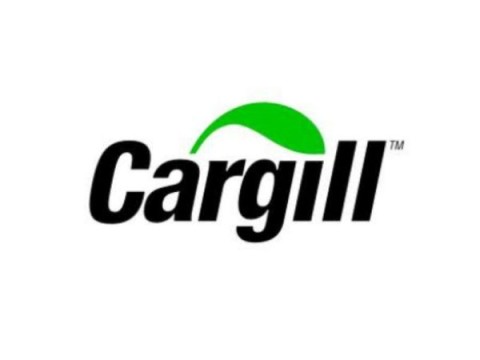 Thursday, 05 December 2013 – Cargill today hosted a strategic site visit at its Chipata office in Zambia to officially launch the Cargill Fertiliser Scheme and provide policymakers with a first-hand look at its current investments and explore opportunities for future growth. In attendance were senior government officials as well as representatives from the Zambia National Farmers Union, Cotton Board of Zambia, World Food Programme, and USAID. The Deputy Minister of Agriculture and Livestock, Honourable Lackspn Kazabu officiated as guest of honour.  Also in attendance were His Highness, Senior Chief Nzamane and the Deputy Minister of Eastern Province, Honourable Malozo Sichone.

The site visit forms part of Cargill’s efforts to combine the potential of the public and private sectors to ensure that Zambia achieves its food security and income growth objectives.  It involved a brief overview of the Cargill business in Zambia, followed by field visits to cotton buying stations and Cargill’s Cotton Schools and Women’s Clubs.  Policymakers were also able to engage with local farmers who are benefiting from Cargill’s fertiliser programme for the 2013 planting season.

Cargill, an international producer of food and agricultural services, has been investing in the Zambian economy since 2006.  With more than 1,200 seasonal and full-time employees, the organisation works with over 70,000 farmers to increase incomes and productivity across the country, including Muchinga and Northern, Central and Eastern provinces.

Cargill works with farmers to increase their yield, which increases their incomes and improves their lives and communities, while at the same time allowing them to claim their stake in the global agricultural economy.

Giving the keynote address, Honourable Kazabu highlighted that in the current season, over 55 million Kwacha worth of fertiliser will be distributed to small holder farmers through Cargill’s outgrower scheme.  He commended Cargill for remaining committed to being a reliable partner to farmers in Zambia and a positive catalyst for development in the agricultural sector.

The Deputy Minister said: “The Government recognises the substantial contribution of Cargill in Zambia and the company is working hand in hand with us to reduce subsidies so that obstacles to the optimum output of small holder farmers can be curbed in the short and long term.”

Ms Van Zyl said: “Cargill is dedicated to paying farmers fair market prices based on internationally established market rates, which encourages them to invest, year after year, into their businesses. In Zambia, we do our part to create sustainable development towards food security for all by investing in programs that improve agricultural practices, provide essential financial and technical support and offer access to crop inputs.”

One of Cargill’s guiding principles is a pledge to being a responsible corporate citizen In Zambia, Cargill makes significant investments in the communities where it operates, including providing assistance to small-scale farmers in rural areas. In the 2012-13 financial year the company invested more than 15 per cent of its profits before tax to support specific educational projects in Zambia.

Cargill has been instrumental in developing the rural areas of Zambia’s Eastern Province and fulfilling the local community’s needs for education, training, and access to clean water.  As a result, the company was recently awarded the American Chamber of Commerce in Zambia’s inaugural ‘Excellence in Corporate Citizenship Award 2013’ in recognition of its publicly and clearly stated social responsibilities as a corporate citizen.