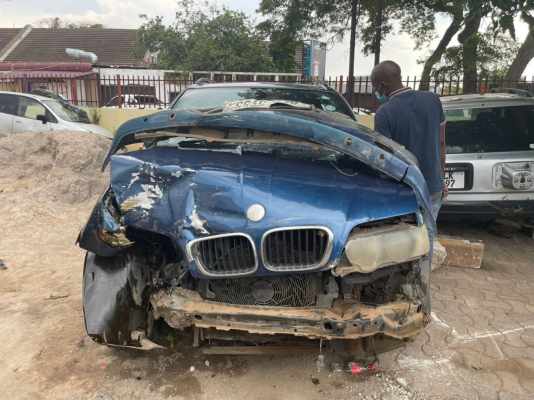 POLICE MAKE HEADWAY IN LATE HON MKANDAWIRE CASE
Police in Lusaka has made progress in the investigations involving the road traffic accident that caused the death of Honourable Levy Mkandawire who was Member of Parliament for Kabwata Constituency at the gate of his residence along Chalata road, Woodlands extension on 18th November, 2021.

This was after Jane Mwale the wife to Alick Jetta Kalengo handed herself to the Police and after interrogations it was discovered that the husband is the one who was driving the BMW X5 registration number ALM 5955.
Alick Jetta Kalengo also confessed that he was the one who was driving the Motor Vehicle at the time of the accident.
Police has also recorded a statement from a witness which collaborated with Jane Mwale’s Statement.
The suspect is detained in Police custody awaiting court proceedings while Jane Mwale has since been released.