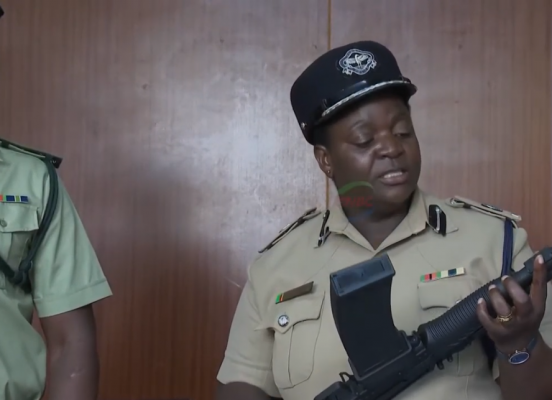 Zambia’s Inspector General of Police Kakoma Kanganja revoked 15 firearm licenses including that of Maxwell Kyamba commonly known as Tablet of Chingola on the Copperbelt. And police detained Kyamba pending investigations for various offences. Police Spokesperson Esther Katongo said the move is in accordance with the firearm regulation that prevents misuse by members of the public. Speaking at a media briefing in Lusaka, Ms Katongo, who also displayed the firearms, said the exercise is ongoing as police are mandated to regulate the acquisition and usage of firearms.