Home GENERAL NEWS PF is not paying people to defect 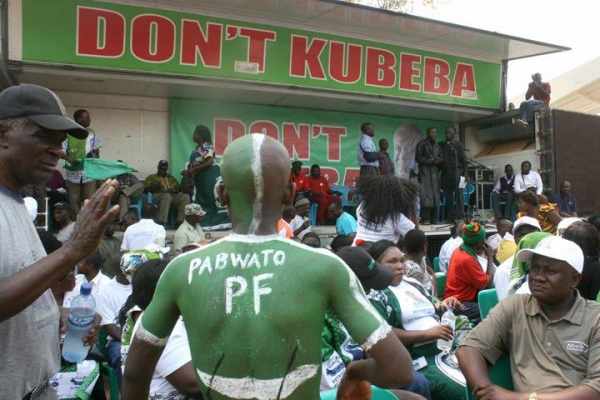 President Edgar Lungu says his government stands ready to fulfill its mandate of service delivery to the people.

President Lungu said government has initiated and implemented a lot of projects since the Patriotic Front took office in 2011.

He was speaking yesterday afternoon in Chimwemwe Township in Kitwe district when he addressed a political rally.

tHE Head of State emphasized that the PF is not PAYING people to defect to the party but that people are being attracted by the massive development going on country wide.

President Lungu told the cheering crowd that the PF will continue working in line with its vision of delivering development.

He said the Patriotic Front belongs to the people adding that, no one owns the party.

President Lungu has further urged Area Members of Parliament in the Copperbelt Province to work with the grass roots in delivering services.

Earlier, President Lungu addressed Party members at Nchanga Mine Club in Chingola where he urged them to continue working in harmony.