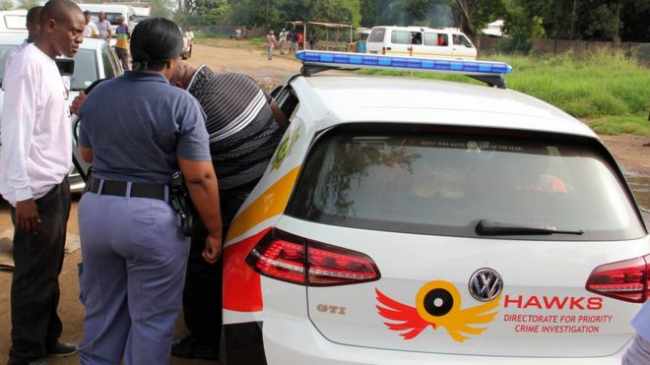 A 33 year old Zambian national has been convicted and sentenced to four (4) years imprisonment by a South African court after being found guilty of being in possession of a hi-jacked vehicle.

Musa Sunny, holder of passport number ZN 447752 was sentenced by a Johannesburg court after convicting him of being in possession of a stolen vehicle.

Musa, who was arrested in Johannesburg by the Organised Crime Unit of the South African Police Service popularly known as the Hawks, is believed to have been living in South Africa where he was plying his trade.

And in a related development, nine Zambian nationals were arrested in the last two months for entering or being in South Africa illegally.

The nine were arrested in different parts of that country in joint operations between Immigration and Police authorities in various places including night clubs and work places for not having valid Immigration documents as well as work permits.

Some have since been deported back to Zambia while others have been remanded in Police custody awaiting the courts of law to determine their cases.

Meanwhile, Zambia’s High Commissioner to South Africa His Excellency Mr. Emmanuel Mwamba however stated that the majority ofZambians living in South Africa were law abiding and expressed sadness at a few cases of Zambians coming into conflict with the laws of that country.

He has urged Zambians intending to travel to South Africa or were already living in that country to be law abiding in order to protect the good image and reputation that Zambia has earned over the years.

He mentioned that the High Commission in collaboration with the Association of Zambians in South Africa (ZASA) would soon conduct Immigration clinics across the country to help some Zambians legalise their stay.

Mr. Mwamba added that the Immigration clinics would provide a platform to help the Mission account for every Zambian living in South Africa as well as sensitise them on the need to abide by the laws of the land.
Zambia’s High Commission, South Africa.