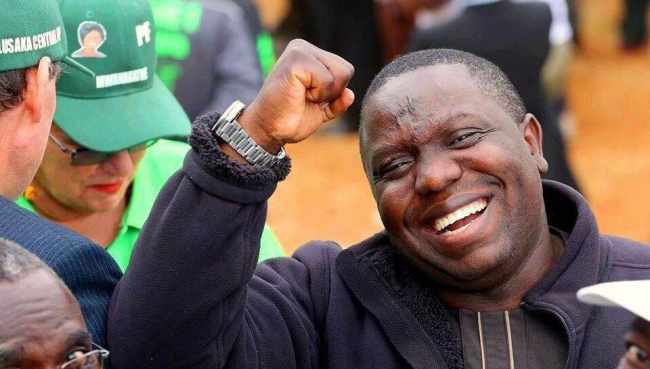 Former Foreign Affairs Minister Harry Kalaba has maintained that swelling levels of corruption in government forced him to abandon his ministerial position.

And Mr. Kalaba says that permanent secretaries in the country have been reduced into political cadres who dance for the president at airports.

Speaking during a special Hot Seat Programme on HOT FM in Lusaka, which was broadcast live on Breeze FM this morning, Mr. Kalaba says that he could not work with a government that sides with minority businessmen instead of the majority Zambians.

He dismissed statements that Malawian Prophet Shepard Bushiri of Enlightened Christian Gathering in South Africa had influenced him to resign from the government because of prophesying that he will become republican president.

Mr. Kalaba revealed that he had serious problems with government projects and contracts like the purchase of 42 fire tenders, the construction of the Lusaka-Ndola dual carriageway and auction of Mkula logs through ZAFFICO.

He signed out the procurement of the 1.2 billion United States dollars Lusaka-Ndola dual carriageway, which he says could have been done at a lesser cost through PPP, Private Public Partnership.

Mr. Kalaba says a bidder had won the bid on PPP arrangement at half the price but government opted to obtain a loan at huge cost.

And Mr. Kalaba says that permanent secretaries should be appointed through the normal civil service unlike presidential appointments.

He noted that permanent secretaries are currently forced to please the appointing authorities, which makes them go to the extent of dancing at airports for the president.

The former minister, however, defended presidential foreign trips stating that the country needs to be marketed.

Meanwhile, Mr. Kalaba has maintained that he will not resign from his position as Member of Parliament for Bhati Constituency because the PF, Patriotic Front Party is separate from government.

He says that this is why people from other political parties like the MMD have been appointed ministers.

And the Bhati law maker has condemned political violence and politics of tribalism and regionalism, stating that it will not assist Zambia in any way.

He also distanced himself from NDC, the National Democratic Congress Party, stating that he has no intentions of joining the Chishimba Kambwili led political party.