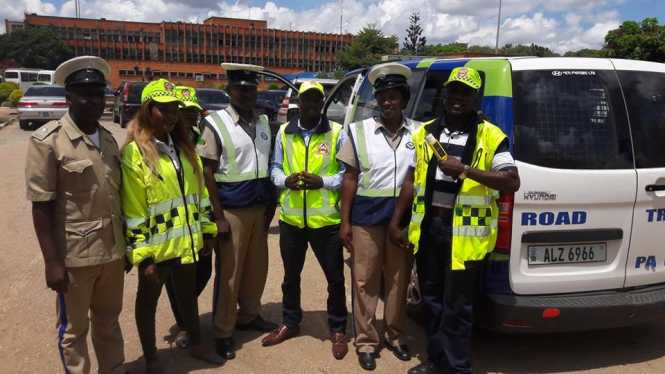 The road transport and safety agency RTSA has started suspending or revoking driver’s licences for drivers that drive vehicles under the influence of alcohol.

This is one of the stringent measures the RTSA is taking in a bid to change the bad driver behaviour and reduce accident on the road caused by drunk drivers.

RTSA deputy director for transport Rodgers Nkandu says drivers violating the provision of the law with impunity will lose their licences will have their licences revoked if they fail to exculpate themselves as to why RTSA should not revoke their licences aftee being found driving under the influence of alcohol.

He adds that RTSA will further invoke section 168 of the road traffic act no 11 of 2003 which allows the director of the RTSA to suspend or revoke the driver’s licence of drivers seems to be a danger to other road users.

Mr. Nkandu disclosed this during a two night patrol operation conducted by RTSA in Ndola over the weekend where over 30 people where charged for drinking and driving contrary to section 157 of the road traffic act.

He has since warned drivers to stay away from alcohol if they know they will be behind the wheels after a drinking spree adding that such operations will be heightened throughout the year 2018 country in parts of the country.

During the same operations, RTSA Head of Public Relations Frederick Mubanga disclosed that RTSA is proposing for stiffer punishment such as a jail term for drivers found driving under the influence of alcohol.

Mr Mubangas says this will be done through the proposed road traffic amendment bill which will also look at ways of reducing alcohol limits for a driver to use the road which currently stand at 0.36 millilitre per Breath Alchole Concetration to a possible Zero tolerance.