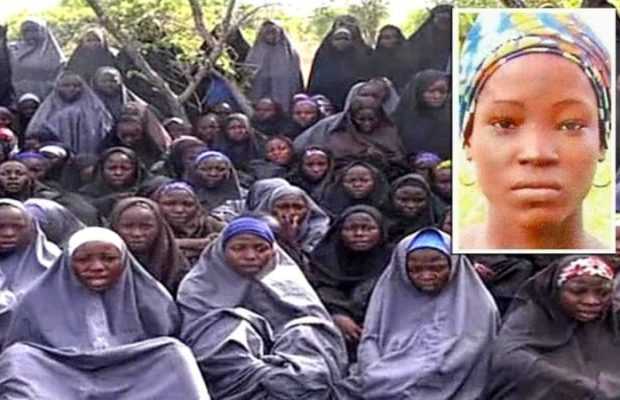 The first of more than 200 schoolgirls missing for over two years after they were kidnapped by Boko Haram militants in Chibok in northeast Nigeria has been found, a parents group and local officials said yesterday.

Lawan Zannah, secretary of an association of parents of the missing girls, said teenager Amina Ali was found yesterday near the Sambisa forest close to the border with Cameroon.

“She was carrying a baby but I do not know whether it is a boy or girl,” Zannah told the Thomson Reuters Foundation by phone from Chibok.

Hoses Tsambido, chairman of the Chibok Community in the capital Abuja, confirmed the discovery but did not provide details.

“It is true that one of the Chibok girls has been found and rescued,” he told Reuters.

“Her name is Amina Ali Darsha.

“She was found yesterday in an area of Kulakasha at the fringes of Sambisa Forest.

“Right now she is with the military in Damboa.”

Ali was sitting in a military vehicle at the area commander’s residence in Chibok, Zannah said.

He was not allowed to question her beyond exchanging greetings in their local language, Kibaku, he added.

Boko Haram militants captured a total of 276 girls in a raid on their school in Chibok in April 2014.

Dozens of them escaped in the initial melee but more than 200 remained unaccounted for.

Three mothers of abductees said they recognised their daughters in a video released in April.

The insurgents have killed an estimated 15 000 people and kidnapped hundreds of men, women and children in their six-year campaign to carve out a medieval Islamic caliphate in northeast Nigeria.

Zannah said he had first heard of Ali’s rescue from Yakubu Nkeki, chairman of the parents association, who had received a call from members of a vigilante group in Chibok ,saying they had found one of the missing girls. — Reuters.