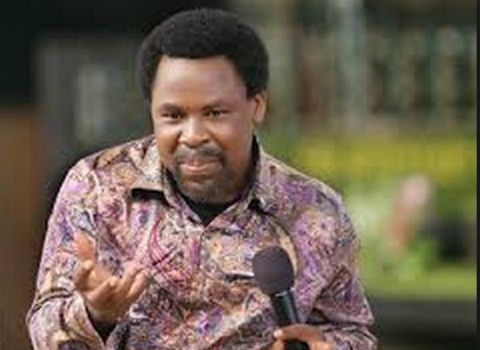 Founder of Synagogue Church of All Nations, SCOAN, Pastor Temitope Joshua, has been ranked by a group known as Movement for Progress Initiative as the 13th most famous pastor in the world and Apostle Joseph Ayo Babalola of the Christ Apostolic Church emerged 32nd.

Speaking at the ranking event that took place at Egbeda area of Lagos, Coordinator of the movement, Mr. Opahigbe Lawal, said it is imperative to acknowledge and celebrate Pastor Joshua because of his humanitarian efforts across the globe.

“It is great to break the news that Pastor T. B. Joshua was ranked 13th most famous prophet in the world by a global digital media company called Ranker. This feat was possible due to his contribution and support for humanitarian across the globe.