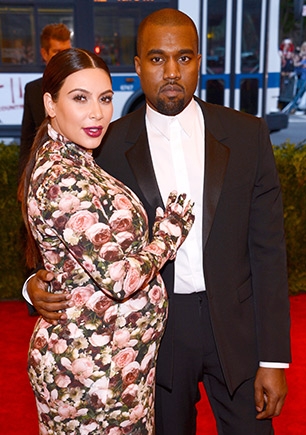 Kardashian will do anything to be thin – even if it means going against her own husband Kanye West‘s wishes and visiting a plastic surgeon!
The 36-year-old internet breaking beauty seemingly broke another record in the area of weight loss when she told her fans that she’s lost an impressive 17 pounds since giving birth to her new son, Saint West, on Dec. 5.
But RadarOnline.com has exclusively learned that secret treatments are to thank.
“Kim has undergone cool sculpting because she said that she needs to look super-hot for New Year’s,” the source said.
“Kim would totally get liposuction, but Kanye would lose it because he is very against that specific procedure for his wife.”
Cool-sculpting, which Kim previously underwent on-camera for KUWTK, is a non-invasive fat-blasting procedure done by a plastic surgeon.
As previously reported, Kardashian’s Yeezus rapper husband West, 38, is adamantly against plastic surgery after losing his mother Donda from a routine breast augmentation gone wrong in 2007.
“The fact that Kim said that she has lost 17 pounds already is really alarming to the rest of her family because she is sending the wrong message to her fans,” the source said.
What do you think about Kim Kardashian claiming to have lost 17 pounds already? Sound off in the comments below.
RADAR ONLINE