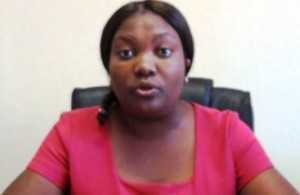 The Drug Enforcement Commission-DEC- has arrested a 36-year-old Tanzanian for trafficking in heroin.

Hussein Tayari Musa, 36, of Kibaha area in Dar-es-Salaam has been arrested for trafficking in heroin weighing 853 grammes concealed in a shoe.

The suspect was arrested at Chirundu border as he was coming from South Africa to Tanzania.

The suspect who is currently detained at Chirundu Police Station appeared in the Siavonga Magistrates yesterday for mention and trial in his case will continue on January11th, 2016.

This is according to a statement released to ZNBC News by DEC Spokesperson Theresa Katongo in Lusaka today.

Meanwhile, Ms Katongo disclosed that the Commission in Lusaka has arrested two bus drivers, a conductor and a Mechanic of Matero Township for trafficking in cannabis.

She said the four suspects were intercepted at Chingwere Cemetery.

Ms Katongo said a Toyota Hiace and an Inverter have since been seized by the Commission.