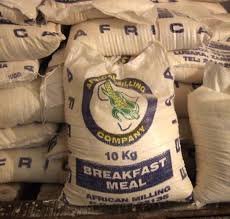 GOVERNMENT says millers should avoid the temptation of making huge profits by increasing mealie-meal prices at the expense of majority Zambians.
Minister of Finance Alexander Chikwanda said there is no justification for the recent mealie meal price hikes and has since called on the millers to act responsibly.
“Do not lead Government into temptation. Act responsibly… You in the milling sector should shun the temptation of huge profits and exploiting situations to the disadvantage of the poor. Everybody eats maize meal,” Mr Chikwanda said on Monday during a post-budget discussion organised by Deloitte.
Last week, the Millers Association of Zambia (MAZ) increased prices of mealie meal by K10 to K15, citing high operational costs.
Mr Chikwanda said it is not Government’s intention to participate in the production of mealie meal but wants the private sector to actively participate in the market without exploiting majority Zambians.

He also said the 2016 national budget was not easy to put together owing to conflicts between available resources and required expenditure.
Mr Chikwanda said Government has pegged its expenditure at K53 billion against available revenue of K42 billion.
At the same occasion, Deloitte chief executive officer Chisanga Chungu has observed that factors leading to the current economic challenges, including a slump in copper prices, and power outages, are likely to continue in the short term.
South Africa-based economic consultancy firm Nova-economics managing director Kay Walsh has observed that copper prices have between 2014 and 2015 registered a 25 percent decrease.
Ms Walsh said this, coupled with low water levels in the Kariba dam, which has affected hydro electricity generation, has led to Government revising its gross domestic product (GDP) focus for 2015 from seven percent to five percent.