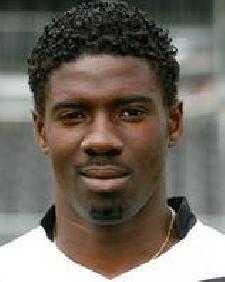 When Bruno Manga arrives back at Cardiff City he’ll be mightily relieved after the day he had yesterday.

In the wake of their excellent 4-0 win over Sudan on Saturday, Manga’s Gabon team were due to play Zambia at the National Heroes Stadium in Lusaka at 6pm last night.

But rather than get the bus from the team hotel to the ground a couple of hours before the match, at 3.30pm they were just touching down on the runway at the local airport.

Following their seven hour flight, the Gabon team raced to the stadium, where the Zambian president Edgar Lungu was waiting, and did their warm-up.

But five minutes before the kick-off, a complete power outage caused the floodlights to fail, which delayed the start of the match, between the two countries who will forever be linked by the 1993 Zambian air disaster.

Eventually play got underway but a second outage, apparently caused by load shedding by the national energy company, came within 10 minutes and caused a seven minute suspension in play.

Manga and his jet-lagged team-mates could have been forgiven for hoping the friendly match would be abandoned there and then because once play got underway, Rainford Kalaba put Zambia ahead, firing in from Winston Kalengo’s cross.

The delighted hosts led at half time and stayed in front until 12 minutes before time.

Then, just when you thought things couldn’t get any more bizarre, Gabon goalkeeper Didier Ovono was called forward to take a 78th minute penalty after a foul by Zambia defender Boyd Mkandawire.

Rather than take a long run-up and blast it, cool Ovono took one step and fired the ball past his counterpart into the bottom corner.

Gabon keeper Motso Bitsetki scores the equaliser
The game ended 1-1 and the tired Gabon players will be delighted to get home.