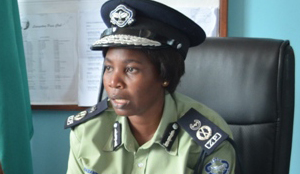 A PF supporter has been seriously wounded by suspected UPND cadres in Lusaka’s Kuku compound.
Chawama PF Youth Chairperson Osward Bwalya has been stabbed on the right his arm when PF and UPND supporters clashed during campaigns ahead of Tuesday’s Local government by-elections.

And Police in Lusaka have arrested two UPND members in connection with the incident.
Lusaka Police Commissioner Charity Katanga confirmed the development to ZNBC News that the incident occurred in Lusaka’s Kuku compound during local government elections campaign.

Ms. Katanga says police are holding Chiko Malama 36 and John Siyamakai to help with investigations.
Ms Katanga has warned the police will ensure that the perpetrators are brought to book and that the law will prevail on the matter.

Meanwhile, Chawama Member of Parliament Lawrence Sichalwe has called for peace during the elections.