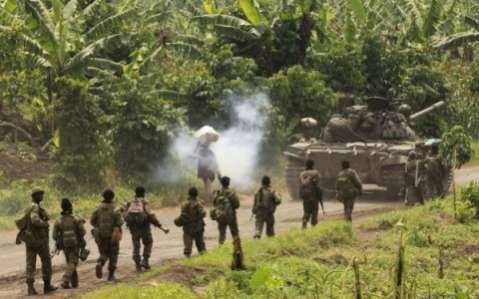 A United Nations report has revealed that South African soldiers are the worst sexual offenders on UN peacekeeping missions.

This comes as the UN faced controversy over allegations of child sexual abuse by French soldiers deployed to the Central African Republic.

The UN Office of Internal Oversight Services report, which was released last week, focused on sexual offences committed by peacekeepers on peacekeeping missions in the Democratic Republic of Congo (DRC), Sudan and South Sudan, Liberia and Haiti.

The Times reported that South Africa has about 2 000 troops stationed in the DRC, Sudan and South Sudan.

The UN said in the report it had received 480 allegations of sexual exploitation and abuse relating to its peacekeeping and special political missions between 2008 and 2013. The DRC peacekeeping mission accounted for 45% of these allegations, while just over a third of the 480 allegations involved minors.

The report revealed that South African troops face nine allegations, followed by Uruguay with eight allegations and Nigeria with seven allegations. The details of the allegations are not given.

The Times reported that the Ministry of Defence has not responded to requests to comment on the report, and whether any troops had faced military trials. In terms of the UN agreement, allegations should be investigated by the army of the soldier involved in the alleged misconduct.

The UN report also stated that allegations of sexual misconduct persist, and called for improved investigations and transparency and courts martial in peacekeeping missions.