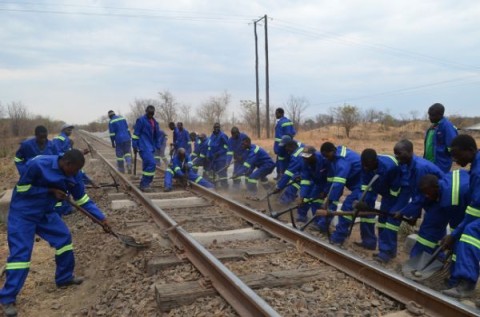 The protesters who carried placards and sung songs of solidarity vowed that they will not go back to work until their demands are met.

A check by a Tv2 News crew at the Railway Station in Lusaka on Thursday afternoon , found the local commuter train not operational.

However efforts to get management failed as all queries were referred to Head office in Kabwe.

The money is for 8 hundred and 40 workers, which also involves officers and those in management.

He told Tv2 News that Government in 2012 promised to pay the separation packages, but up to now this has not been done.

Mr MWILA says the workers will ONLY go back to work when government pays them their dues.

In September 2012, government cancelled the concession agreement with Railway Systems and Zambia Railways resumed control of the company.

According to government, the decision was made because Railway Systems had failed to properly run the company leading to the firms infrastructure running down.