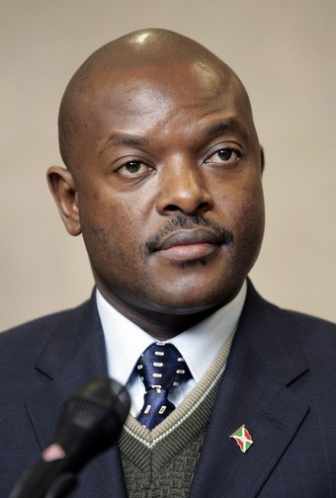 A summit of East African leaders over the Burundi crisis has urged a postponement of the country’s elections, with the opposition “disappointed” as the issue of whether President Pierre Nkurunziza should run for a third term was not discussed.

The second extraordinary summit of the East African Community, which was held on Sunday in the Tanzanian city of Dar-es-Salaam, recommended a one-and-a-half-month delay in the legislative and presidential elections due on June — a proposal welcomed by the government.

The opposition, however, were disappointed as “their main demand for the withdrawal of Nkurunziza’s candidacy in the elections” was not touched, said Jean Minani, head of the Front for Democracy in Burundi-Nyakuri.

Government spokesman Philippe Nzobonariba said “the regional leaders understood that the issue had been addressed by the constitutional court which had allowed the president to contest in the forthcoming polls.”
Opponents to the president have threatened to return to the streets. The electoral body’s vice chairman, Spes-Caritas Ndironkeye, and its finance and administration commissioner, Illuminata Ndabahagamye, earlier resigned and fled the country over reasons that have not been officially revealed.

Their absence has crippled the operation of the electoral body as all its decisions must be taken by four out of the five commission members.

Burundi has been in turmoil since April 25 when Nkurunziza announced his decision to run for another term in the coming election despite warnings at home and abroad.

Clashes between protesters and police, mainly in Bujumbura, have left more than 30 dead, according to Burundi’s civil society groups.Opponents say his re-election bid violates the constitution that limits the president to two terms in office.

His supporters however argue that his first term does not count as he was appointed by parliament, not elected by people. — Xinhua.