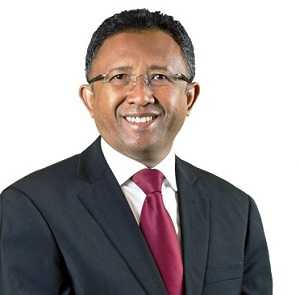 Speaking in a national address, the president argued that due process and the transparency were not respected during the parliament’s voting.

He added that only 80 members attended the voting instead of 125 as claimed by the speaker of parliament.
“Fortunately that there is a court to judge it,” said Rajaonarimampianina, referring to the High Constitutional Court (HCC) which will judge if the president be impeached or not.

The president also denied in his speech that he planned to dissolve the parliament.

“I have the power to dissolve the parliament, but I never said that I will dissolve it,” he said.

According to the speaker, 121 parliament members voted yes to the impeachment of the president on early Wednesday morning.

The parliament has 151 seats and the impeachment should be voted by the two thirds of parliament members before being accepted. — Xinhua.