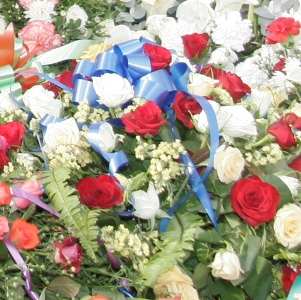 THE first president of the Zambia Congress of Trade Unions (ZCTU) Neziah Tembo was interred in Kalulushi on Tuesday with Minister of Labour and Social Security Fackson Shamenda urging the current crop of union leaders to emulate his courage.
Mr Shamenda, speaking in Kalulushi at the burial ceremony, said Mr Tembo was a courageous unionist who protected and defended workers’ rights.
He said the deceased displayed rare courage when dealing with issues affecting workers during his time as ZCTU president.
“Indeed the deceased was a cheerful man and he approached challenges without fear, but with a lot of courage,” Mr Shamenda said.
He said Government will not neglect leaders who fought for independence.
ZCTU president Chishimba Nkole said Mr Tembo, who died at the age of 92, was a man who helped in shaping the future of ZCTU when he served as president.
“The ZCTU is what it is today because of his foresightedness and commitment to the cause of the workers,” Mr Nkole said.
He said Mr Tembo has left great leadership in ZCTU.