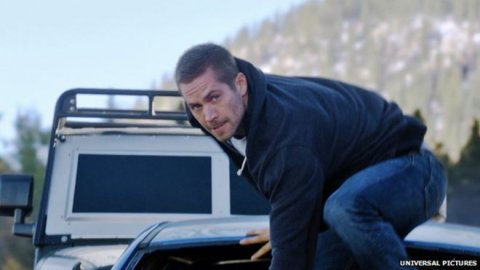 The latest film in the Fast and Furious franchise took just 17 days to break the $1bn barrier, compared to 19 for Avengers and the final Harry Potter.

The blockbuster, starring Vin Diesel and the late Paul Walker, has also topped the US box office for a third week with $29.1m (£19.5m).

The film, which moved the shopping centre policeman’s segway adventures to Las Vegas, was savaged by critics giving it a 0% score on aggregate reviews site Rotten Tomatoes.

It marks another success story for production company Blumfeld, which has already made the highly profitable but low budget films The Purge, Ouija and The Boy Next Door.

According to box office tracker Rentrak and studio estimates, top film Furious 7 has already taken almost $300m in the US and Canada alone.

Rentrak’s Paul Dergarabedian said the film “set a new standard” for this time of year, adding: “These are summer-style numbers in April.”

He said Furious 7 had “truly become part of movie folklore with its record setting numbers, strong reviews, spectacular word-of-mouth and of course the outpouring of support for late star Paul Walker”.

A song from the Furious 7 soundtrack – Wiz Khalifa’s See You Again, featuring Charlie Puth – has also been breaking records.

It got more Spotify streams in 24 hours than any other track in the US, and also topped the UK singles chart on Sunday as the fastest-selling single of 2015 so far. BBC