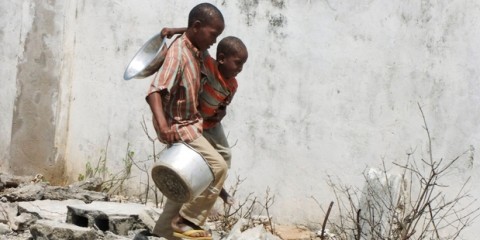 A joint study commissioned by the UN Refugee Agency (UNHCR), International Organisation for Migration (IOM) and the United Nations International Children’s Emergency Fund (UNICEF), has found that most vulnerable children migrating to Zambia are originating from the Democratic Republic of the Congo (DRC).

According to a statement released by UNHCR, the majority of the children intend to settle in Zambia, while the remainder travel with their parents and do not know where they intend to settle.

The survey showed that most of the migrants came through the northern and north western border districts of Zambia, that include Mpulungu, Kaputa, Mporokoso, Kasumbalesa, Nakonde and Mwinilunga.

Furthermore, the study, whose report was unveiled recently, shows that most irregular migrants, particularly those from the DRC, usually board a ship heading to Mpulungu or they sometimes go through Tanzania. Most migrant children are accompanied, with only 2.3% unaccompanied.

The study, funded by the European Union (EU), conducted under a joint programme called “Thematic Programme on Migration and Asylum”, was aimed at giving support to the Government of Zambia to mitigate the vulnerability and increase protection of children at high risk of trafficking and exploitation due to migration.

The study was further meant to guide the UN project partners on support to the Government of Zambia and non-state actors in key areas of service delivery and training and also contribute to targeted actions and dialogue on policy and practices aimed at improving the lives of vulnerable children and other persons of concern.

The study was also meant to provide recommendations to enhance registration, assessment, referral and provision of protective services and support required for upgrading of immigration systems for data collection and management in border areas. With regard to exploring challenges and needs of vulnerable children and other persons of concern, the study shows that most border posts are not adequately resourced to cater for the immediate and longer term needs of vulnerable migrants.

It was conducted at selected entry and exit points and migrant host communities, such as Nakonde, Kasumbalesa, Mwami and Chirundu. Four migrant-hosting communities in Lusaka and the refugee host communities in Meheba were assessed. A number of recommendations have been put forward, by UNHCR, IOm AND unicef, in a report on how to assist the Government handle the issue of child migrants.