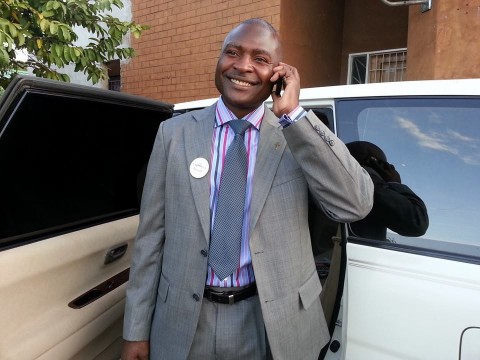 Father Bwalya, who recently dissolved his party to join the PF, says Mr. Chanda will not become popular by disrespecting the head of state.

Mr. Chanda used demeaning words against President Edgar Lungu in one of the daily tabloids.

Father Bwalya who is in Masaiti to campaign for PF candidate Michael Katambo has told ZNBC News in a Telephone interview that Mr. Chanda should popularize his party and grow it rather than engaging in petty politics.

Meanwhile, FDD Masaiti Constituency Chairman Friday Njovu has resigned from his party to join the PF.

Mr. Njovu joined the PF at a meeting which was attended by Father Bwalya and other party officials at Nyenyezi market on the Ndola- Kapiri road.-ZNBC