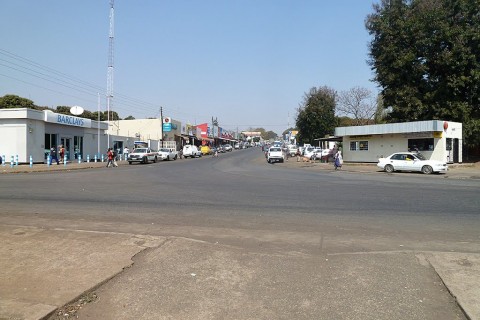 Eighteen people who died in Mazabuka District in Southern Province after the Monze bound Fuso fighter truck they were in rammed into Shoprite checkers building early this morning.

The eighteen people including ten males, five females and three children died on the spot.

Ms. Chikwanda says the driver of the Fuso Fighter truck Registration number ACT 2439 identified as Manuel Kabole is also among the dead.

Ms. Chikwanda says the driver of the truck lost control of the vehicle due to over speeding and careered off the road before hitting into Shoprite checkers building.

And Mr. Siadunka has disclosed that according to authorities at Mazabuka General Hospital 17 people were taken to the hospital dead while one passenger died upon arrival at the health institution.

Mr. Siadunka has further disclosed that five other passengers have been admitted to the hospital in a critical condition.

The bodies of the 18 accident victims are laying in Mazabuka General hospital mortuary.

And PF Secretary General Davies Chama in a statement to QFM News says the PF is saddened by the death of the eighteen people and that the party is mourning with families.

Mr. Chama says the PF is saddened that the country has lost seventeen citizens in the road accident at a time the nation is commemorating Easter.

He says the PF will continue to press on government to ensure that the road networks are continuously worked on and improved as per PF manifesto.