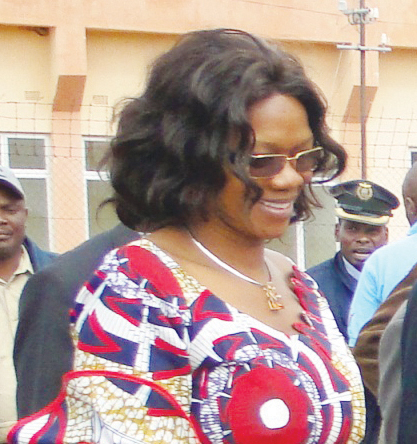 THE Tribunal probing Tourism and Arts Minister, Sylvia Masebo yesterday heard how she allegedly breached the Parliament and Ministerial code when she ordered the cancellation of the tendering process for 21 hunting licences.
The Tribunal chaired by acting Supreme Court judge, Rhoyda Kaoma with two members Livingstone High Court judge-in-charge, Ernest Mukulamutiyo and Lusaka High Court Judge Chalwe Mchenga was appointed to probe Ms Masebo’s alleged interference at the Zambia Wildlife Authority (ZAWA).
Former ZAWA head of procurement, Taulino Banda told the Tribunal that Ms Masebo asked the authority to cancel the tender for safari hunting concessions for 21 hunting blocks located in various parts of the country.
Mr Banda, 44, of Rockfield in Lusaka said in his evidence-in-chief that after initially going through the initial tendering process, he got a call from the then ZAWA Director General, Evans Matokwani telling him to cancel it.
He said Mr Matokwani only told him that Ms Masebo had asked for the cancellation after receiving several queries from bidders and that she instead proposed that a stakeholders meeting be held which took place at Sandy’s Creation.
Mr Banda said while there was no provision for the minister to cause the cancellation of the tendering process, he had no choice but to comply with the instruction purely as a duty call from his superior.
“After that the Director General asked me to give him the bid document and when I got it back to me, it was showing that the number of hunting blocks had been reduced from 21 to 19 but I still made sure that it complied with regulations,” he said.
Earlier, former Transport and Communications minister William Harrington, who is the petitioner, told the Tribunal that he watched a news clip on Muvi TV in which Ms Masebo announced the dismissal of the ZAWA Director General and four other officers.
After the news clip was shown as part of his evidence-in-chief, Mr Harrington said Ms Masebo had breached the provision of the ZAWA Act by dissmising the Director General and the four directors which was not in her jurisdiction.
“She assumed the role of investigator, jury and judge. This was an absolute breach of the Parliamentary and Ministerial Code and ultimately the Constitution of Zambia. My prayer is that natural justice prevails,” he said.
But the defendant’s lawyer Bonaventure Mutale, SC, argued that the minister was within her rights when she announced the firing of the directors as provided for the ZAWA Act section 8 (1) and section 9 (3).
Mr Mutale asked Mr Harrington what percuniary advantage the minister obtained by firing the directors.
Mr Harrington in response said he did not imply that Ms Masebo got any financial gain but that she caused others to do so.
The defence counsel also reminded Mr Harrington that if what drove him to call for the setting up of the Tribunal was indeed public interest, he should have been the one to appreciate the minister’s actions which were done in national interest.
“Mr Harrington this is a very serious occasion, let’s not be melodramatic about it and trivialise it. Just answer the questions as they are put to you,” quipped Mr Mutale after Mr Harrington’s hesitancy to respond to a question.
Present during hearing were Vice-President Guy Scott’s wife Charlotte, Justice Minister Wynter Kabimba, Chipili Member of Parliament Davies Mwila, Tourism and Arts Permanent Secretary Steven Mwansa.