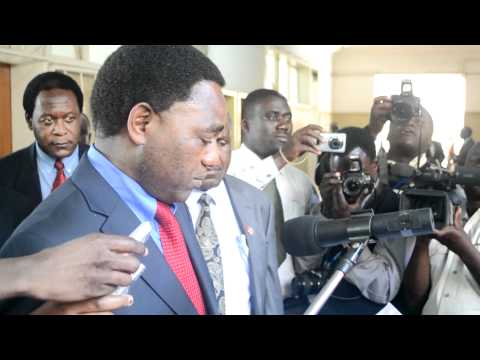 THE NEED FOR A NEW CONSTITUTION

We write again on behalf of many Zambians on the above captioned subject.

We are happy that you answered our call and you are back from where
you were to face the challenge of delivering a new constitution.

We put it to you that there is growing national consensus among the
citizenry that the delivery of a people driven constitution should be
your administration’s number one (1) priority in this jubilee year.

We have studied your comments and our response is as follows:-

1 Your clueless policy of ignoring citizens is creating unnecesary
tension and acrimony in the country. In a functioning democracy,
Presidents do not give citizens the “silent treatment” but engage
them. We demand that you come out of your new hideout facebook and
address the nation directly on the constitution.
2 Your battle cry for the September 2011 election that lifted the
hopes and aspiration of Zambians was the promise to deliver a people
driven constitution within the first ninety (90) days of the
Patriotic Front’s administration. Reneging on this pledge after
getting the vote is tantamount to obtainig electoral victory by false
pretences. It is criminal!
3 Your hypocrisy has reached alarming proportions. A few questions
will help illustrate our point:-

The answer to the above questions is that you knew, therefore your
recent utterances only confirm your hypocrisy

4 Your current position on the constitution if taken seriously implies
that you orchastrated plunder of national resources to the tune of
K154 million (K154 billion old currency)
5 Finally we find your current position to be illogical. Life is all
about improving what you found. Yes we do have a constitution , but
this does not stop us from seeking a better one