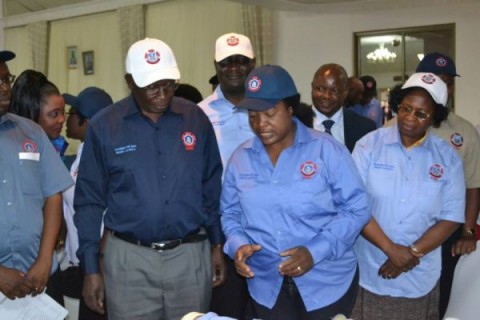 HEALTH Minister Joseph Kasonde yesterday flagged off the construction of 88 health posts on the Copperbelt which are part of the 650 health facilities the Government has embarked on countrywide.
Speaking during the launch at Roma Resettlement on the outskirts of Ndola, Dr Kasonde said the Government’s plan was to spread health facilities across the country.
The solar-powered health post will have a delivery suite, postnatal room, screening room, as well as three bed-roomed staff houses, insulators and a borehole.
Dr Kasonde said Zambia’s population had grown and it was a requirement of the Government to ensure that the nation had adequate health facilities to cater for all.
“With the growth in population, demand for healthcare has increased, and this marks another milestone for the provision of cost-effective healthcare,” Dr Kasonde said.
Of the 88 health posts, eight will be built in Ndola while Chililabombwe and Mpongwe will each have seven, with Luanshya and Lufwanyama getting eight and nine, respectively.
Kitwe and Mufulira will each have 11 health facilities while Kalulushi, Masaiti and Chingola will get nine apiece.
Dr Kasonde said funding for the project had already been secured from Indian partners and Jaguar Overseas Limited would undertake the construction of the project.