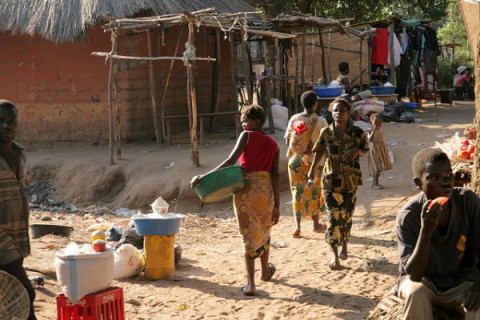 The joint legal enforcement team in Nchelenge District of Luapula Province has arrested a man of Congolese origin for operating an illegal clinic.

Felix Naweji Yamvo, aged 63, of Dyson village in chief Kambwali’s area, was among the four people who were rounded up by the joint team at about noon yesterday.

The team that comprised of officers from the public health department, the police and the Drug Enforcement Commission (DEC) swung into action around 12: 00 hours and confiscated an assortment of drugs during the operation.

Yamvo has been slapped with the offence of providing health services without the medical practitioner’s license contrary to Section 12(1) a, b (i) and (ii) of the Pharmaceuticals Act number 14 of 2004.

The ZANIS staffer in Nchelenge who witnessed the operation reports that Yamvo has since been released on police bond and will appear in the Nchelenge magistrate’s court on Friday this week.

The other three were released after being interviewed at the Nchelenge District administration block this morning.

The suspect, popularly known as Dr Naweji, is the owner of Naweji Private Clinic located in the heart of the Kashikishi business centre.

The raid by the joint team revealed that the house which he is operating as a clinic has divisions for the children, male, female and emergency wards that are suggestive of the health activities that are conducted there.

Upon being confronted by the joint team, Yamvo resisted their attempts to search his premises and told them that he had the full blessings of senior chief Mwata Kazembe of the Lunda speaking people and later tried to link them to Nchelenge District Commissioner (DC), Royd Chakaba.

However, the team reminded him that they were there on behalf of the Republican President and went ahead with the operation.

They found with him 46 Rapid Diagnostic Testing (RDT) kit for malaria, two bottles of quinine, two litres of ringer’s lactet and four valves of the family planning Dep Provera with government labels all suspected to be spoils of pilfering.