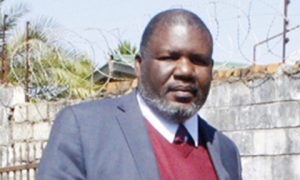 A WITNESS yesterday told a Lusaka magistrate’s court that former Zambia Daily Mail deputy managing director Davies Mataka paid out money which was given to the company as a grant from the Government.

This is in a matter in which former Information and Broadcasting Services permanent secretary Sam Phiri, Mataka and consultant Ngande Mwanajiti are charged with diverting K195, 000 from the ministry.

Zambia Daily Mail finance director Bryson Mumba told senior resident magistrate Aridah Chuulu that the money, which was received as a grant from the Ministry of Information and Broadcasting Services and other additional cash, was paid out by Mataka.

Testifying in cross-examination, Mr Mumba said there were no instructions on how the money should be used at the time it was given to the company.

Phiri, 56, of Chalala, Mataka, 44, of Ibex Hill, and Mwanajiti, 52, of Chelstone in Lusaka are in count one charged with acquisition of public property and revenue, and unlawful printing and publication contrary to the Laws of Zambia.

The offences were committed between April and November 2011.

Mr Mumba said the grant of K175, 000 was fully utilised and that the company had to ask for additional funds which came in cash form and was also being paid out by Mataka.

Mr Mumba, however, said he did not know whether the additional money came from the ministry or not.

When asked whether the internal auditor, Wilford Sichilyonga used to verify the payments, Mr Mumba said he used to when the project just started but at some point, he stopped because he decided not to check the cash flow.

Mr Mumba said sometimes the internal auditor was not required to verify all the payments and left everything in his department.

Asked if he had appeared before a disciplinary committee before for alleged financial misconduct, the witness responded in the affirmative.