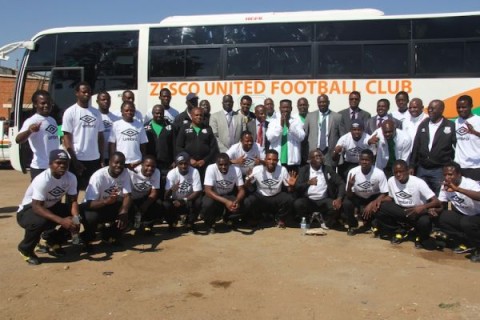 IN its quest to strengthen the squad ahead of the Orange-CAF Confederation Cup competition, Zesco United has opened up talks with newly-promoted side, Indeni over the services of striker Akakulubelwa Mwachiyaba.

Mwachiyaba joined Zesco on a six-month loan but Zesco is seeking a permanent move for the prolific striker.
Zesco media and public relations officer Katebe Chengo said in an interview yesterday that the club was just waiting for a response from Indeni for possible negotiations.

“We are interested in the player because he has proved to be a good striker who can boost the team in that department. We have written to Indeni to show our interest and we are just waiting for their response so that we can start negotiations,” she said.

And in a separate interview, Indeni secretary Steven Sinyinza confirmed Zesco’s interest in Mwachibiya and that they were open for talks.
Sinyinza further said the club will be meeting players that were loaned to other MTN-FAZ Premier League teams to discuss their possible return.

The oilmen, who were promoted to the elite league after emerging second in the Division One North League with 66 points, are seeking to strengthen their team in readiness for the 2014 soccer season.

Other Indeni players that were loaned out are goalkeeper Peter Njovu who joined relegated Lime Hotspurs, while Jack Mwanza and Jack Ng’ambi were loaned to Konkola Mine Police and Kabwe warriors respectively.

“We will meet our players who were loaned out, but I must mention that Zesco are interested in buying Akakulubelwa. We are, however, yet to sit down and chart the way forward, but we are open to talks,” he said.