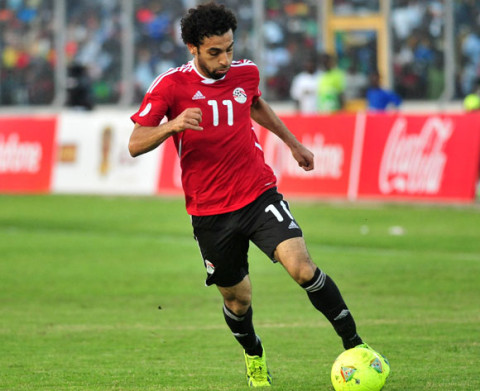 Patrice Beaumelle remains winless at the helm of Zambia after losing 2-0 away to Egypt in a friendly on Thursday.

The seven-time African champions struck twice in a 14 minute spell at the Air Defence Force Stadium in Cairo to pick up their 12th win over Zambia from 22 meetings.

Striker Amr Zaky put The Pharaohs ahead in the 8th minute after some good work by Mohamed Salah.

Zaki turned provider for the second goal in the 23rd minute when he flicked the ball from a corner that defender Rami Rabiea to fire past Kennedy Mweene.

And Thursdays defeat continues new Zambia coach Patrice Beaumelle poor start to his tenure after suffering his third successive defeat in as many games in charge.

The Frenchman lost 2-0 on his debut against Brazil on October 15 in a friendly played in Beijing  and followed this up with a 1-0 defeat on November 6 against Jordan in Doha in another warm-up match.

Meanwhile, Egypt were using the friendly as build-up ahead of their 2014 FIFA World Cup play-off final leg clash against Ghana on November 19 at the same venue.

The Pharaohs trail Ghana 6-1 from the first leg played on October  15 in Kumasi.