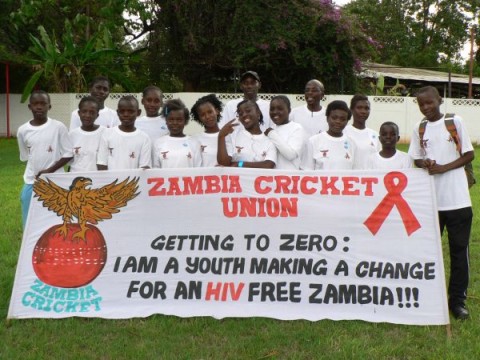 The Lusaka side bagged the men’s title after defeating the Copperbelt team by seven wickets while the Copperbelt women team defeated the Midlands side by 51 runs to claim the title.
In the women’s match, Lusaka won the toss and opted to field first on a batsman friendly pitch.
The decision by Lusaka captain, Sharon Nsensha to bowl first seemed to have paid off when the Copperbelt lost their openers Martha Mulenga and Dina Feleque cheaply, but Lee Munsanje on seven runs and Lucy Lwando on 16 runs, steadied the ship.
Tamara Nyirenda hit 16 runs not out as the Copperbelt team posted 111 runs for six in their allotted 20 overs.
Pick of the bowlers for Lusaka was Viyela Kaselo, who took two wickets.
Batting second, the Lusaka was skittled out for 60 runs in 14.4 overs and Tamara Ngwira was the only one to score double figures of 16 runs.
Pick of the bowlers for Copperbelt was Lucy Lwando with four wickets to be honoured as the best bowler, while other individual awards went to Nyirenda as best batsman and Tamara Ngwira as the best All Rounder.
In the men’s event, the Copperbelt won the toss and elected to bat first on a bouncy pitch.
With the Lusaka team bowling attack being led by national team trio of Tapson Nyirongo, Godfrey Kandela and Allan Nsensha, the Copperbelt top order batsmen had a torrid time in scoring boundaries.
The only batsman who defied the Lusaka bowlers was Chimya Chilekwa with 17 runs, while there was a cameo knock of 13 runs by Valentine Silungwe.
Kanswe Omala made an unbeaten 15 runs as their team was restricted to 104 for nine in 20 overs as Nyirongo picked up three wickets while Kandela and Nsensha got two wickets respectively.
Lusaka batting second, raced to their victory target in 11.3 overs.
Joseph Chinunga top scored with 39 runs, while Sililo Mutuna contributed 27 runs.
Chilekwa was best bowler for the Copperbelt with two wickets and got the individual award for best All Rounder, while the best bowler award went to Nyirongo with Joseph Chinunga getting the best batsman award.
The event was witnessed by ZCU president Reuben Chama and other members of the union.