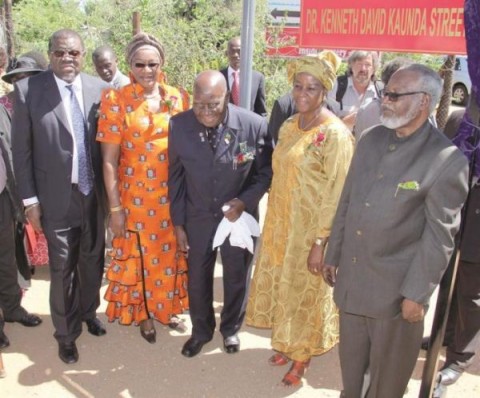 The Zambia National Environment is a symbol of how narrow economic growth interests impose more costs than benefits on both people and ecosystems whose destructive history is today’s instructive scientific lesson. This has proved to be, so far, an unbeatable challenge to control it by any means of either manual, mechanical, chemical or biological methods.
Country Men and Women, Zambia is among the richest countries in Africa in terms of Natural Resources: land, water, agriculture, minerals, tourist sites and peace. Zambia has experienced Peace for the last 49 years of Independence with 73 tribes living together without ethnic conflict. We are the envy of our neighbours. Zambia is such a rich country, but with some of the poorest people in the world.

I write as a concerned youth to try and understand what really motivated the First president and Father of the Nation Dr. Kenneth Kaunda a Freedom fighter and symbol of hope for the poor to endorse a project that have NOT been approved by either the community and the Zambia Environmental Management Agency (ZEMA). ZEMA is aProfessional Institution that is mandated and entrusted by the Zambian Government to ensure the protection of our environment and our people. And having studied some information from ActionAid, EITA, Musele Community Task Force, Benchmarks Foundation, Centre for Environment Justice, Civil Societies in Zambia and Stakeholders meeting that have been going on in Solwezi, it is clear to those who care for the Environment and driven by morality and Justice that FQM/KLM have violated the Protection Order by carrying out projects at that site. It is very evident that FQM/KML project is a very big threat to the people’s land rights and security of tenure that will not only affect the Musele Community but the entire country as evident in other mining towns. Also the proposed land for the project, amounts to social and economic sabotage of both the present and the future generations of NOT only Musele Community but the entire Country.

In May, 2013, Zambia Environmental Management Agency (ZEMA) issued and Environmental Protection Order pursuant to Section 104 of the Environmental Management Act (EMA) No. 12 of 2011 to First Quantum Minerals (FQM) who are the proponents of Kalumbila Minerals Limited in order to stop the illegal action by Kalumbila to construct the Chisola Dam. Kalumbila Minerals Limited had commenced construction of the Chisola dam without the necessary approvals from the Zambia Environmental Management Agency (ZEMA).
Kalumbila Minerals Limited irregularly obtained 50,000ha of land for their project from Chief Musele in Solwezi District and after concerns were raised regarding authorisation of such a vast amount of land and compensation and resettlement issues of the people in the chiefdom that would be affected by Kalumbila projects. For this reason, ZEMA suspended the process of construction of the proposed Chisola Dam and associated projects so that the raised concerns and illegalities could be addressed.
On 14th February, 2013, the Ministerial Committee, sitting at a public meeting in Solwezi, Chaired by Honourable Professor Nkandu Luo, made a public declaration to the Kalumbila Mine Project Land dispute. They informed the nation that First Quantum (FQM) had irregularly obtained excessive land from Senior Chief Musele, on account of which the Agreement was declared null and Void.
The main issues in contentions between FQM/KML and the local communities have been brought to the attention of the Ministerial Committee and are contained in the Submission Report. These hot issues include land rights, security tenure, displacement/resettlement, environmental concerns, reparation and compensation, terms and conditions of Agreement, etc. 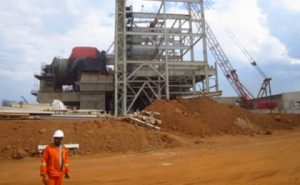 Zambia should take a leaf from countries like DR Congo and Botswana, who have firm and just moral obligations when it comes to invest vs protecting the interest of the local people and general development.
On the 8th October, 2013 as reported by Zambian Media (ZNBC and Post Newspaper), the Father of the Nation Dr. Kenneth Kaunda during his visit to Kalumbila mine based in the Heart of His Royal Highness Senior Chief Musele in Solwezi District endorsed the $2Billion construction of the FQM sentinel mine with the following sentiments;
1.      He urged government to remove all impediments to the projects
2.      He also urged government to issue title deeds for surface rights to Kalumbila Minerals Limited
3.   He promised to do FQM/KML a favour by putting pressure on the current president of Zambia His Excellency Mr. Michael Chilufya Sata to quickly issue title deeds.
My questions are;