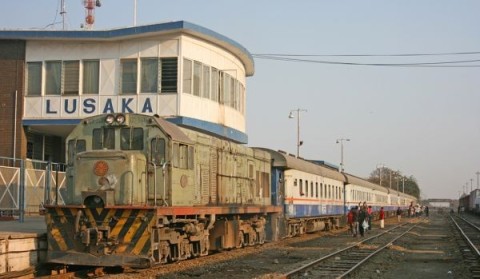 Tweet
Zambia Railways Limited (ZRL) will dedicate the funds allocated to the company in the 2014 National Budget towards the rehabilitation of dilapidated rail infrastructure, chief executive officer Muyenga Atanga has said.

Professor Atanga said in an interview in Ndola that the company was still in need of funding to supplement the US$120 million that Government availed from the Eurobond, for the rehabilitation of locomotives and rolling stock.

“Government has done a commendable job as continued funding to our institution will assist us move forward and implement our rail development agenda.

“The funds availed to ZRL in the 2014 Budget are supplementary to the Eurobond and this money is going towards the rehabilitation of rolling stock, locomotives, the main track and other infrastructure,” Prof. Atanga said.

He added that despite the budgetary allocation, the company would not immediately adjust its business operating plan as the policy was tailored to accommodate further incentives.

Meanwhile, the Zambia Chamber of Small and Medium Business Associations (ZCSMBA) has said the intended continued recapitalisation of TAZARA, ZRL and the Nitrogen Chemicals of Zambia (NCZ) as outlined in the 2014 Budget should be done cautiously.

ZCSMBA chairperson George Banda said in a separate interview in Ndola that the re-capitalisation of the firms should be preceded by measures that will ensure sustainability in productivity.

“The re-capitalisation of these firms is well intended but it must be done with caution because these companies are viable and can contribute massively to employment and wealth creation in Zambia,” Mr Banda said.

He urged the Government units implementing the Budget to strictly adhere to the guidelines, saying that was vital in spearheading development and reducing poverty.