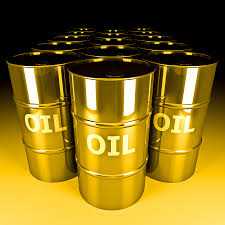 Swala-Zambia Limited has announced a reserve of US$23 million for hydrocarbon oil exploration works in Southern, Northern and Eastern provinces of Zambia.

Swala-Zambia Limited board Chairman Charles Milupi said the company last week applied to the Ministry of Mines, Energy and Natural Resources for the exploration works and hoped that the bids will be considered expeditiously.

Mr. Milupi said the bids were for the permits known as block 31 for Lake Tanganyika, block 42 for oil exploration in Luangwa basin while block 44 is for Kariba basin exploration respectively.

He disclosed this development at a press briefing in Lusaka on July 3rd.

Mr. Milupi also said Swala-Zambia Limited has set aside huge amounts money for training of manpower and for the entrepreneurship for exploration activities.

And speaking at the same briefing, Company Chief Operating Officer Davies Sikatali said the company was also expected to employee over 500 people during the exploration period.

Mr. Sikatali further revealed that over 2,500 employees were expected to be employed when the company kick starts full oil exploration in areas where oil products will be discovered.

He said Swala-Zambia Limited will complement government efforts in job creation and improving the economy of the country.