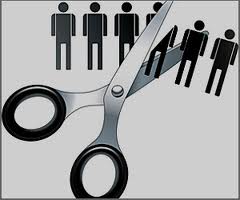 Kapiri Mposhi, 28 May 2013, ZANIS – Kapdi Group of Companies has laid-off 38 workers from its various companies operating in Kapiri Mposhi district.

And Managing Director, Liagat Kapdi says he had been forced to retrench some workers because some of his companies were closing down in Kapiri Mposhi.

The former workers who said they have not been paid their terminal benefits,  this morning thronged Kapiri Mposhi District Commissioner’s Office to complain about their retrenchment.

The former workers accused Kapdi Group of Companies Managing Director, Liagat Kapdi of indiscriminately firing them on insubstantial grounds and without any justification.

Speaking on behalf of the workers, Laurent Mutale said some workers were fired as far as seven years ago and have not yet gotten anything from the Kapdi Group of Companies.

He said the former workers’ demands have fallen on deaf ears whenever they complain to be paid their terminal benefits.

Mr. Mutale stated that Mr. Kapdi and his companies have declined to pay the workers in line with the contracts that they signed with management upon being engaged.

“        Some workers have been fired from employment for over seven years and some more were just fired last week … we are still chasing for our money and our efforts seem to fall on deaf ears we want government to intervene in the matter because we are failing to keep our families … some of us have been evicted from houses because we can’t pay rentals,” Mr. Mutale said.

The affected workers include drivers, stores officers, fuel attendants, shop keepers and mechanics among others.

Mr. Mwewa warned Mr. Kapdi against ignoring government’s summons to meet with him to look at better ways of addressing the issue of nonpayment of terminal benefits to the former workers.

He stated that for some time now Mr. Kapdi has been disregarding and dodging government’s planned meetings with him to discuss the issues surrounding his companies’ failure to pay the former workers and to table other labour related issues at his companies.

“This time around government is not going to condone his continued running away and ignoring our efforts to amicably solve these problems because we have been patient and given him enough time considering the complaints that we receive from his former workers and current workers”, Mr. Mwelwa said.

“This is a clear sign how Mr. Kapdi has completely disregarded the country’s labour laws regardless of the several reminders that he has been served by government,” Mr. Mwelwa said.

Recently Mr. Kapdi allegedly fled his office when he was informed of Labour Deputy Minister, Ronald Chitotela’s scheduled visit to inspect the labour laws compliance at his companies and settling of some outstanding issues relating to payment of terminal benefits to his former workers.

And in a Telephone interview with ZANIS Mr. Kapdi said he had been forced to retrench some workers because some of his companies were closing down in Kapiri Mposhi.

Mr. Kapdi said the Group of Companies was faced with a lot of liquidity problems and would pay the workers in phases though it had taken time.

The group of companies employee a multitude of people in Kapiri Mposhi district.