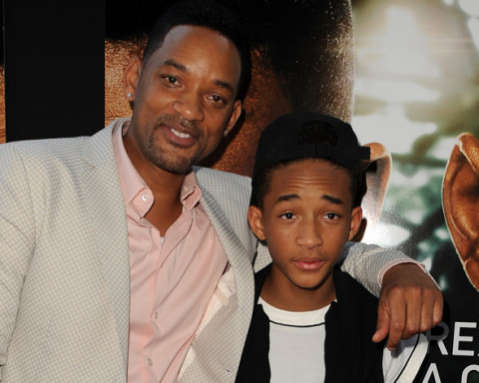 TRUTH OR CONSEQUENCES, N.M. (AP) — Will Smith has a new outlook on teenagers: Parents do indeed understand.

The rapper-turned-actor says he’s “grown a lot” since writing the Grammy-winning 1988 hit that humorously declared they didn’t.

All three of his children now at least dabble in music and acting, most notably 14-year-old Jaden, who stars with his father in the new sci-fi film “After Earth,” opening Friday. Even in the midst of a globe-hopping promotional tour for the movie, Smith recognizes the downside to making stardom a family affair.

“I think that the major risk of this particular business is strictly emotional,” he said in a recent interview. “The business has almost a narcotic quality. So it’s almost as if you’re introducing a narcotic into your kid’s life.

“So for (wife) Jada (Pinkett Smith) and I, the most important thing is that they have to stay focused and grounded on the fact that they are giving. You don’t make movies for your ego. You make movies to transfer information, to bring joy, to add value to the world.”

At an “After Earth” promotional event at the under-construction Virgin Galactic spaceport in the New Mexico desert, Smith does everything he can to playfully poke at his son’s ego.

Smith reaches over to shield his son’s face from bright camera lights, taunting the teen as a “super mega movie star, towering over you like a shadow over you. And you’re living in his shadow. And you’ve got to do interviews in his shadow.”

Jaden, obviously accustomed to the teasing, responds with calm confidence and some of dad’s hammy humor, saying he lives “naturally” in the spotlight.

“You have to try to put your shadow on me,” said Jaden, who rode his skateboard through a hall between interviews. “But eventually your arm gets tired and it falls away and you let me go back to my natural state.”

His father nods in mock sincerity. “Oh that’s deep. You are a deep being,” he says.

Read the rest on  Fame part of family business for Will, Jaden Smith