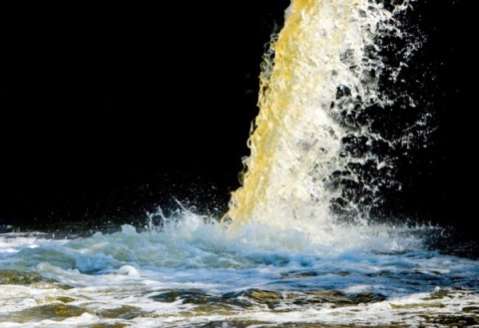 A contractor engaged to install a water pump at Ipusukilo water project has differed with the Luwingu District Council over a domestic pump which was procured by the management without his involvement.

MCE Contractor Managing Director, Ernest Mubanga Chiponyo, observed that the pump which was procured by the council was of poor quality and that it will not last long if installed.

Mr Chiponyo said he gave the council the specification of what type of the pump to be installed at the water intake but the council decided to purchase a domestic pump which would not perform.

He said in his Bill of Quantity (BOQ), which was ignored by the council administration, he recommended an industrial pump pegged at KR80 000 to be installed and the ministry of local government and housing released the funds following the BOQ.

Mr Chiponyo said the pump which was purchased by the council was for a domestic use and if fixed woud only last for not a few days.

The council procured a smaller pump at KR20, 000 instead of the recommended industrial one which was pegged at KR80, 000 and strong enough to pump and supply to the church and other government institutions which include the school and health centre.

The contract director said the council’s refusal to follow his BOQ would cost the parish a huge amount of money to repair the water pump in the event of it breaking down soon.

Mr Chiponyo said since funds to do the water works came through State House, he would not want to engage himself by installing a domestic pump which might cost his company in near future as it may attract unnecessary investigations by the Anti-Corruption Commission and other law enforcers.

Meanwhile, the community in Ipusukilo has refused to allow the council to install the pump until the specified one is bought.

And acting Luwingu District Council Secretary, Oswald Nyonda, assured the community that the local authority will correct the anomaly after going through the BOQ from the contractor.

Mr Nyonda said the water project has reached an advanced stage although there are still some speculations regarding the procurement of the pump.

And a check by Anti-Voter Apathy (AVAP) Regional Co-ordinator, Kelly Kashiwa, revealed that works, such as lying of water pipes, underground tanks and rehabilitation of elevated water tanks have been completed.

Mr Kashiwa said that the fixing of the 18 solar panels had also been completed although the communities surrounding the church fear that the panels could be vandalized and stolen as they were installed in the far bush.

He advised the contractor to reconsider putting security measures that would deter thieves from stealing the panels which would also affect pumping of water in the area.

He said water borne diseases such dysentery which have been a major health hazard in the area will be the story of the past once the water project is completed and operational.

And Ipusukilo Parish Priest, Fr Christopher Paison, condemned the procurement of the water pump by Luwingu District Council, saying the pump was of poor quality and that it would not last long.

Fr Paison said PF government should not be frustrated as it was focused on delivering its campaign promises to improve the welfare of people living in rural areas.

Funds to construct the water reticulation system at Ipusukilo Roman Catholic Church were sourced by President Michael Sata through the Ministry of Local Government and Housing immediately after ascending to power.