They’ll spend the next few days enduing a series of physically strenuous and emotionally challenging tasks in a bid to raise money for this year’s Comic Relief.

But the likes of Mel C, Chelsee Healey and Jack Dee made sure to arrive in style as they touched down on African soil on Sunday afternoon.

Stepping off a British Airways jet, the group seemed to be excited at the prospect of what lay ahead as they settled into their new surroundings. 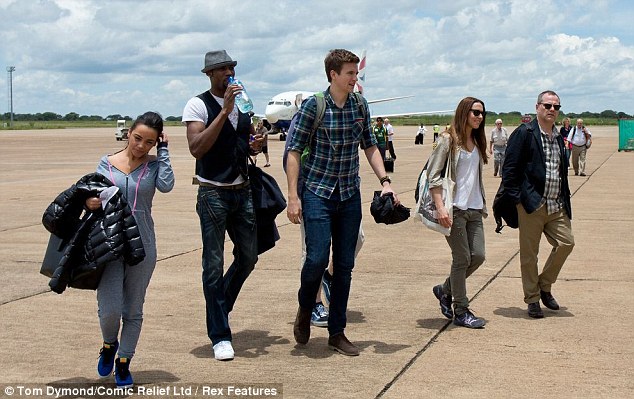 Here come the contestants! Dara O’Briain, Melanie C, Jack Dee, Chelsee Healey, Phillips Idowu and Greg James seemed to be in great spirits as they arrived in Zambia on Sunday

Swapping her usual glad rags for a simple grey tracksuit, Chelsee Healey looked worlds away from her usual flamboyant style as she prepared to experience her first day in Zambia.

And it would seem the gruelling challenge was already taking its toll on the actress.

Writing on her Twitter page, she said: ‘Definately Not Mentally Prepared For This! 1st Day And I’m in bits! Putting it down to Jet Lag!!! Jheeeze. 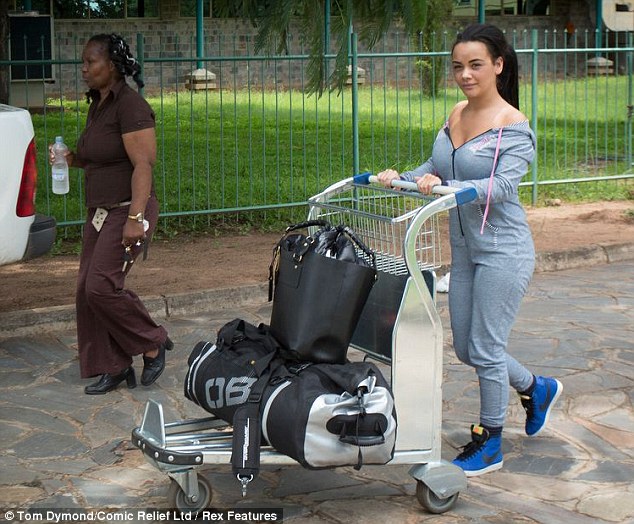 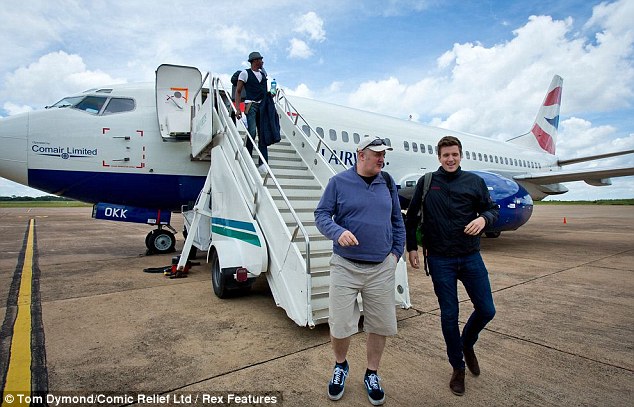 Travelling in style: The group touched down on African soil in a British Airways jet

‘First night in Zambezi and me and @MelanieCmusic are sharing a tent because where scared…. Waaaa.’

Spice Girls singer Mel C seemed to echo Chelsee’s sentiments, but looked happy and relaxed as she posed alongside her fellow celebrities in a safari truck.

She tweeted: ‘I feel like I have experienced every human emotion at it’s extreme today #Zambia @rednoseday @comicrelief.’ 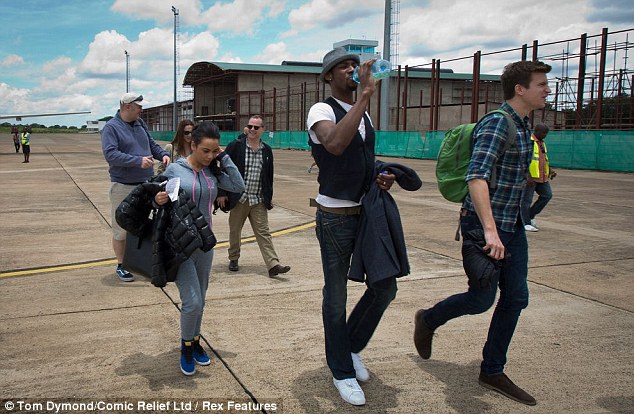 New showbiz pals: The group seemed to be getting on famously as they prepared to settle into their new surroundings 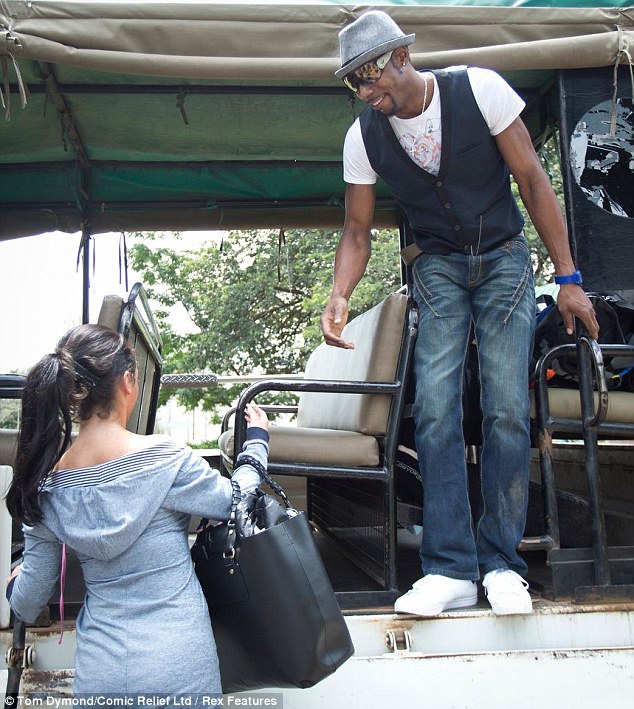 Need a hand, there? Olympic athlete Phillips Idowu gave Chelsee Healey a hand as she struggled to get her bag on board the group’s safari jeep

The BT Red Nose Hell and High Water challenge will see the celebrity participants push themselves to the limit as they travel 111km down the deadly Zambezi river, battling torrential downpours and negotiating erratic Grade 5 rapids. 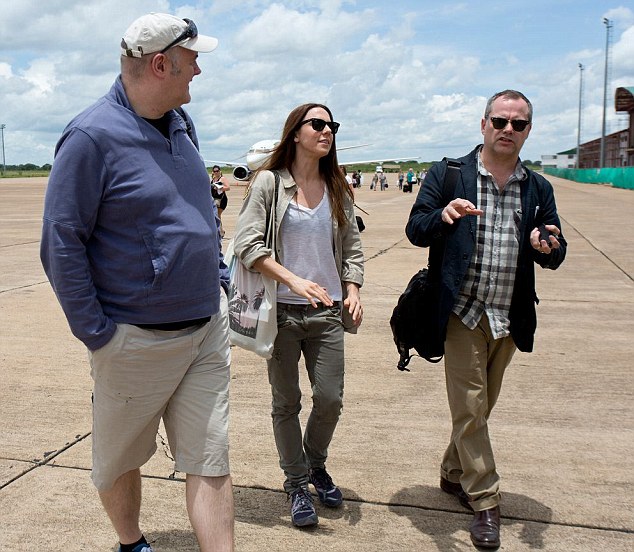 Strategy planning: Comedian Jack Dee appeared to be deep in conversation as he made his way across the tarmac 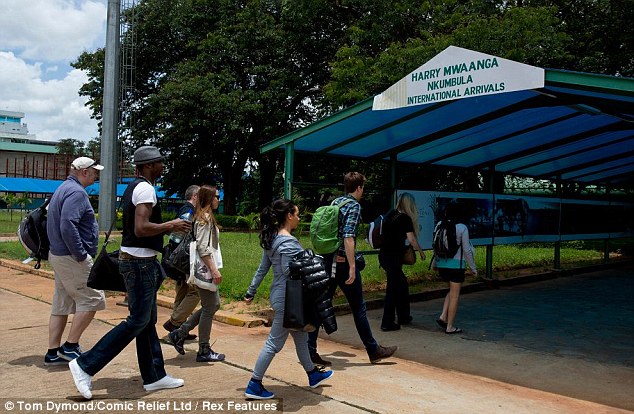 A new experience: The group seemed to be totally at ease as they wandered through the arrivals area

Dara recently said of the challenge: ‘When I was first asked to do this challenge, I did a quick Google Search of Zambezi rafting, but after a tenth page of people being instantly flung into the water, I turned off the computer.

‘But lives can be changed if people put their hands in their pockets in exchange for our misery so that sounds like a fair deal.’ 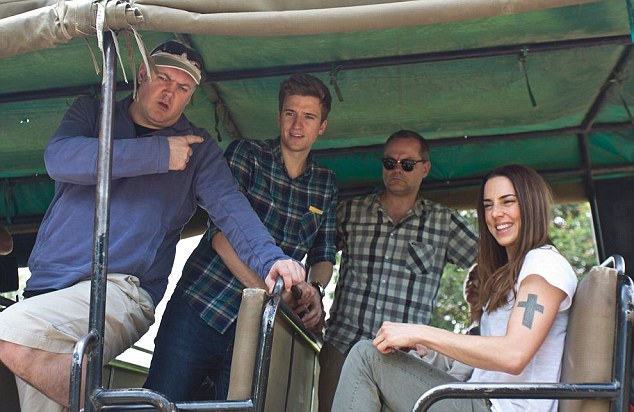 Bonding: Spice Girls singer Mel C appeared to be in great spirits as she shared a joke with the lads on the safari vehicle 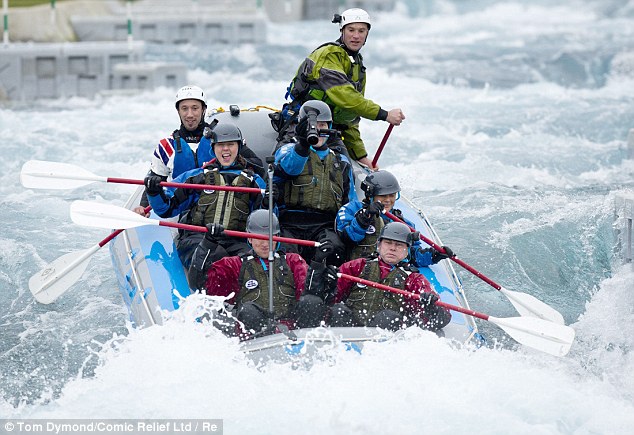 Daring: The BT Red Nose Hell and High Water challenge will see the celebrity participants push themselves to the limit as they travel 111km down the deadly Zambezi river, battling torrential downpours and negotiating erratic Grade 5 rapids 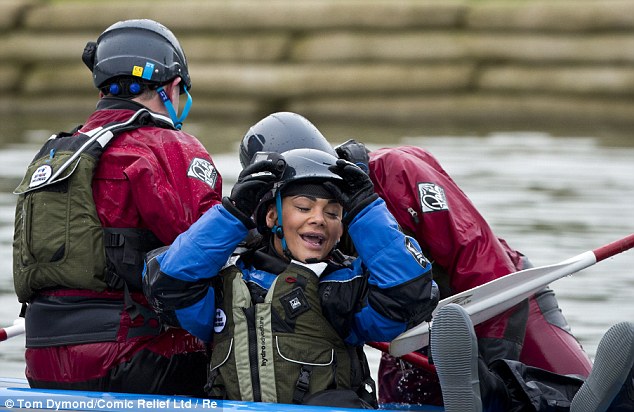 Tough times: Chelsee admitted she was struggling with the emotional aspect of the challenge at the end of the first day
Read more: http://www.dailymail.co.uk/tvshowbiz/article-2269156/Mel-C-Chelsee-Healey-Dara-O-Briain-touch-Zambia-begin-gruelling-Come-Relief-challenge.html#ixzz2JDcDyAtK
Follow us: @MailOnline on Twitter | DailyMail on Facebook