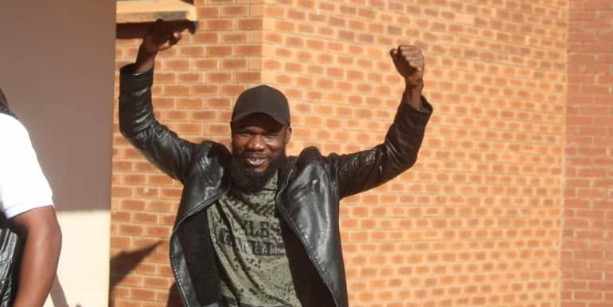 Its funny how some of these politicians think. They spend millions of kwachas to ask you to vote for their fallen man but can never spend a quarter of that to uplift a poor community. They hire the most expensive and loudest PA system just to ask you to vote for them but will not allow you to speak back to them even in the coldest whisper. They block roads as they drive from one rally to the other and when they are voted in, they block your sewerage with their wastes from the imported food which they couldn’t even cook properly. Life is indeed funny.

But why do people vote? Do they just vote to save spineless characters like His Praise and Worship the mayor of Lusaka from drowning in poverty? Is democracy fashioned to benefit the voted leaving out the voter?

The Lusaka vote was an eye opener but for those with eyes. For people like bena Lusambo, bena Sampa and many cartoon like characters, that result meant nothing but celebration. On the other hand it called for serious introspection for those who have no trouble using their minds. First of all, I think ECZ behaved like Adam in the garden of Eden, after announcing the date of the elections they disappeared and only showed up when the voting for who deceived more or who less started. Like I indicated during the campaigns, the public needed some vigorous education on why voting for the mayor was very important. Also, in the past the public was never asked to vote for the mayor so this was a new thing to the common man and woman. The Election body should have used the situation in lusaka to remind the general public that it was their duty to vote for the mayor unlike the way it was in the past.

The Lusaka vote also should signal to the president and his fanbase that voting is not like a round of beer at a pub where the public is the barman and waitresses and the government officials the client busy being served. You can’t just remember the public when you want them to give you the vote while they watch you get drunk with power. You expect the public to keep voting for you whilst they continue to fight for survival and you are busy growing tummies that your backbones cannot even support? If voting is not a solution to the problem, why should we keep voting?
The people of Lusaka, you are smart.

Am out, elo please don’t argue with me I have serious flu lekeni imfyone in peace. Happy Sunday