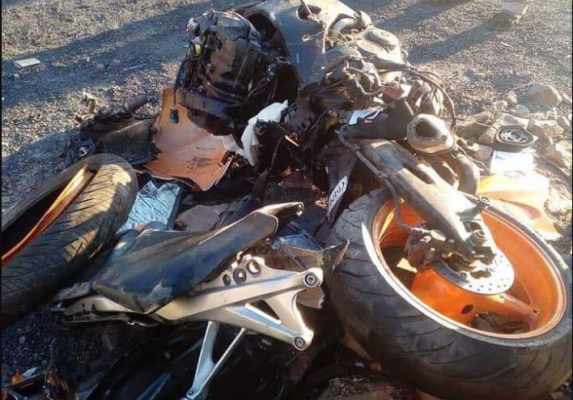 SIMON Fulilwa, 36 of Libala, Lusaka, a police officer inspector by rank, died on Sunday afternoon when he lost control of his CBR bike and slammed into a motor vehicle which was moving in the opposite direction.

“Involved was Fulilwa Simon aged 36 of Libala, Lusaka, a police officer inspector by rank who was riding a motorbike Honda CDR 1000 from south to north who sustained fatal injuries and died on the spot. Also involved was Mulenga Mwila George aged 66 of Zanaco flats who was driving a motor vehicle Toyota Kluger registration number 4414 from north to south with two passengers.” She said.

She said that the accident happened when the rider hit into the motor vehicle which was moving in the opposite direction.

“The body is in UTH mortuary awaiting postmortem.” She said.