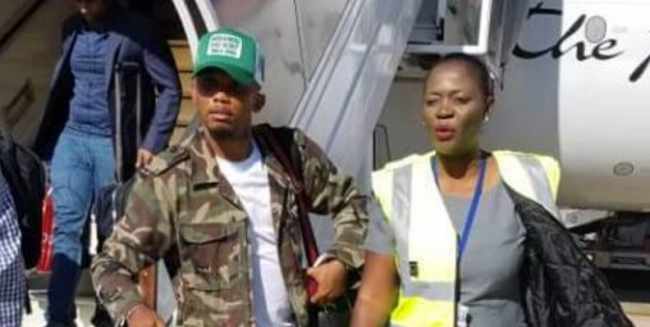 Former African Footballer of the year, Samuel Eto’o of Cameroon arrived in Lusaka this morning.

The Cameroonian landed at Kenneth Kaunda International Airport aboard the Kenyan Airways.

The former Barcelona, Chelsea and Inter Milan striker is in the country to participate in the 2018 Castle Africa five-a-side football tournament to be played this weekend from 25th to 28th May at Futsal complex in Longacres.

Zambia will be represented by the 2012 Africa Cup winning captain Christopher Katongo.