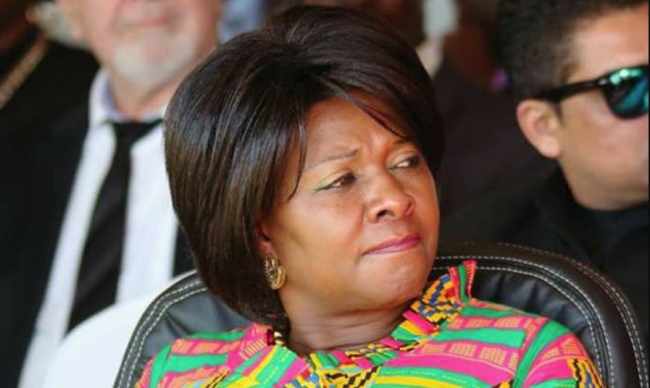 Minister of Finance MARGARET MWANAKATWE has called on the East and Southern Africa Anti-Money Laundering Group [ESAAMLG] to streamline the evaluation process for member countries not only to attain more effective outcomes but also to ensure that their practical efforts in stopping money laundering and terrorist financing activities are properly recorded, recognised, and acknowledged.

The Minister emphasized that the ESAAMLG and its member countries need to step-up efforts in identifying and tracking money-laundering and terrorist financing activities.

During the 2018 Spring Meetings of the International Monetary Fund and the World Bank Group held in Washington DC United States of America a fortnight ago, Mrs. MWANAKATWE called on the World Bank to support Zambia in identifying, tracking, and preventing the infusion of illicit financial flows in local financial systems.

In the main picture, Minister of Finance MARGARET MWANAKATWE, Secretary to the Treasury FREDSON YAMBA and Attorney General LIKANDO KALALUKA at the ESAAMLG/FIC orientation workshop.