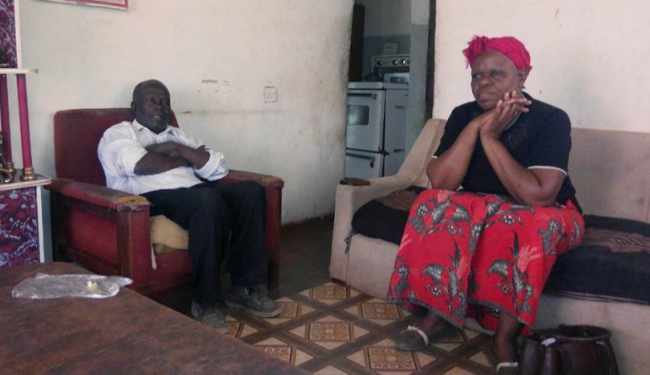 The purpose of the visit was to console the family and assess the extent of the damage caused.

15 window panes were broken and two roofing sheets were perforated.

Mr. Manda has been requested to identify a person who can take the measurements of the window panes and get the quotation for the same and the roofing sheets.

Earlier before going to Kansuswa the team led by District Chairman Ackim Mali checked on Edward Mwape the youth who was assaulted on voting day and he was assisted with money to pay for the Medical Report. He has opened a docket against PF councillor Mike Manda whom he identified as his assailant.

Our candidate Mulolo is OK and he reported for work at AEL (former Kafironda) today.

Generally Kansuswa is quiet and it is business as usual as the works on the roads have been abandoned. The equipment was removed last night.