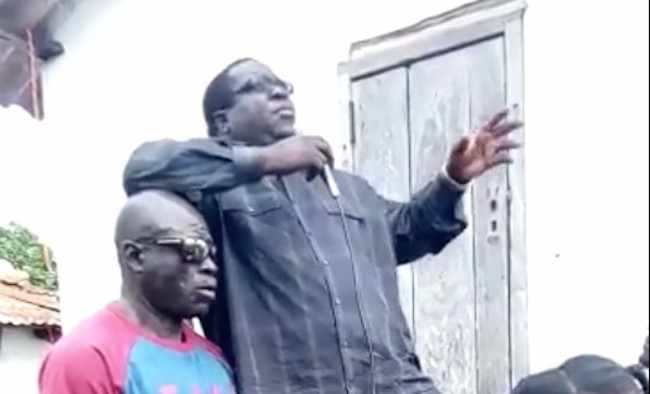 NDC Consultant Dr Chishimba Kambwili, party Secretary General Honourable Mwenya Musenge, MCC’s and NDC officials continued their country tour today as they visited Manua in Luapula Province to drum up support for the by elections for the Councilor coming on the 24th April 2018. This meeting took place at one of the party members Residence in Manua.

Today they toured Luapula Province. The meeting took place at some members Residence in Manua ward to drum up support for NDC upcoming councillor who is standing in that area for the coming by-election.

This is after the Electoral Commission of Zambia (ECZ) had set 24th APRIL, 2018 as the Poll date for Local Government By-Elections where vacancies had arisen in various districts of the country.