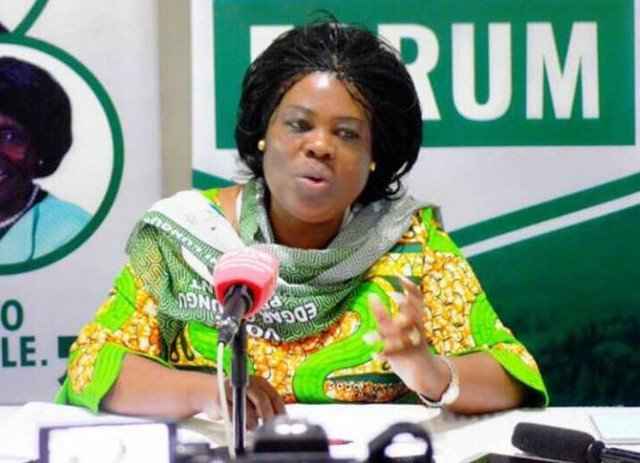 Patriotic Front -PF- Chairperson for Lands, Jean Kapata has called on women in the country not to allow themselves to be used to champion hatred in country.

Ms. Kapata has condemned what was aired on a private television station, Prime TV on 2nd April, 2018 during the 18 hours where a woman wearing a Seventh Day Adventist ‘Dorcas workers’ uniform openly insulted President Edgar Lungu.

Ms. Kapata has noted that this did not depict a good picture of Zambian women given that Zambia is a Christian nation

She has stated that women have a right to belong to any political party of their choice but that they should not forsake their morals and integrity by insulting leaders.

Speaking during a press briefing at the PF Secretariat in Lusaka, Ms. Kapata stated that no one has been denied their right of opinion as Zambia is a democratic country, but people should refrain from insulting the President.

Ms. Kapata has also advised Prime TV to refrain from dwelling on disparaging reports about the President

She has called on the media institution to be civil in reporting as such reporting has potential to bring chaos in the country.